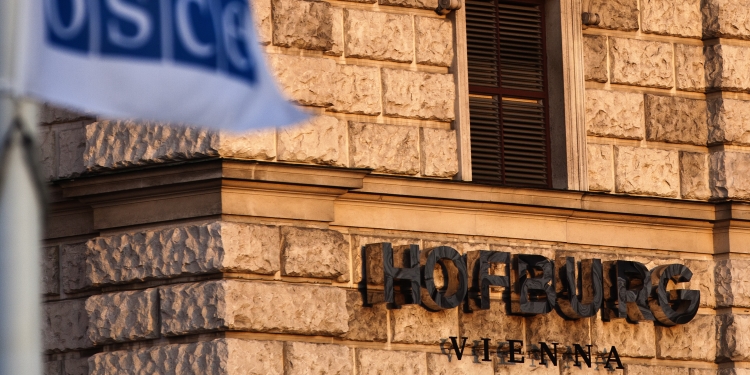 A joint statement of the 27 European states-members of the European Union (EU) was circulated on March 12, 2020, in Vienna at a meeting of the Permanent Council of the Organization for Security and Cooperation in Europe. The statement was joined by another six non-EU countries. “According to reports . . . in Orenburg, five individuals were beaten by prison officials of Penal Colony No. 1. All suffered severe injuries and one needed hospitalization,” says the statement. “Since the liquidation of all local religious organisations of Jehovah’s Witnesses in Russia, reportedly 869 houses have been searched, 26 individuals are in pre-trail detention, 23 under house arrest, 316 are charged and 29 already convicted. . . . Jehovah’s Witnesses must be able to peacefully enjoy their human rights, including the right to freedom of religion or belief, freedom of association and peaceful assembly and freedom of expression, without discrimination. . . . We call upon the authorities to drop all charges against individuals who have been unjustifiably prosecuted or imprisoned for exercising their human rights.”

Case of Bazhenov and Others in Saratov

Region:
Saratov Region
Locality:
Saratov
Case number:
11807630001000037
Number of the case in court:
1-333/2019
Current stage:
verdict took effect
Suspected of:
according to the investigation, together with others he conducted religious services, which is interpreted as “organising the activity of an extremist organisation” (with reference to the decision of the Russian Supreme Court on the liquidation of all 396 registered organisations of Jehovah’s Witnesses)
Investigating:
Investigative Department of the Directorate of the FSB of Russia for the Saratov Region
Case initiated:
9 June 2018

Little Victims of Big Injustice. Children of Jehovah's Witnesses Are Detained, Interrogated, Humiliated
In Adler, Police Officers Detained a Believer From Saratov
Law Enforcement Authorities of Transbaikalia Broke a Sad Record: On February 10, Searches Were Conducted in 50 Homes of Believers
Five Believers Were Beaten in the Orenburg Colony. Feliks Makhammadiev Has a Broken Rib, a Damaged Lung and Kidney
In Chita, Vadim Kutsenko Reports That During Interrogation He Was Beaten Using Electric Shock to His Stomach and Leg